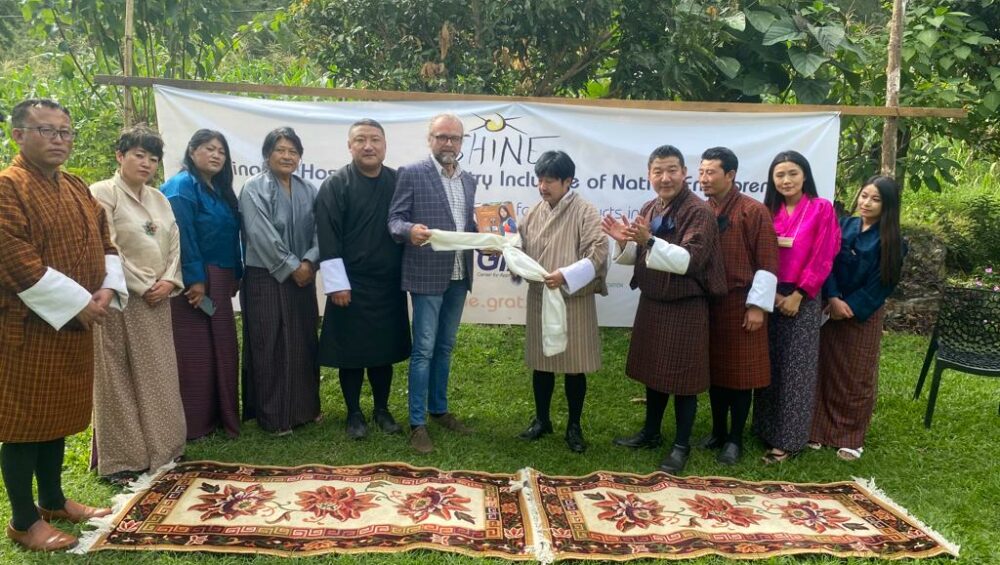 SHINE and Tourism Council of Bhutan (TCB) held the dedicated coordination meeting to find the cooperation and synergy potential areas for the common topics of Eco-Tourism and Village Home Stays (VHS), on 7th October, 2021 at Gubjithang, Punakha. The focus of the GEF project lies in the conservation of biodiversity and promotion of wildlife tourism. Both projects target the eastern and southern districts of Bhutan. SHINE advocates effective conservation of natural environment and biodiversity, as rural eco-tourism is strongly dependent on the natural resources. The meeting was attended by the Project Manager from TCB, project lead of the SHINE, Executive Board members of HAB and the members of HAB secretariat led by Executive Director. The participants identified various potential synergies such as development and promotion of primary attractions, development and upgrade of VHS, capacity building of the service providers such as local guides and producers’ groups.  In view of the potential opportunity to create a greater impact in the tourism value chain through enhanced collaboration between the two projects, the partners agreed to streamline the activities and jointly plan the way forward. SHINE also launched a handicrafts catalog during the meeting, which has been developed to create greater visibility of the authentic Bhutanese handicrafts. The two projects teams agreed that a workshop shall be held in the near future for more detailed coordination for the VHS activities.